ASABA/Nigeria: An America based charity organization, “Azuka and Ify Foundation” has distributed food items and other consumables to some needy in the Nigerian society.

The Chief Executive Officer of the foundation, Dr Victor Azuka Ubani, said the gesture which has become an annual event, is in keeping with the spirit of the season, saying “the birth of Christ signifies love and presentation of gifts”.

The items distributed include bags of rice, cartons of beverages, detergents, toiletries and fabrics, among others.

While the beneficiaries were inmates of select orphanages, physically challenged persons and widows, drawn from communities in Lagos, Delta and Anambra states as well as FCT, Abuja.

The distributions of the items were done by representatives of the foundation at the various benefiting communities across the states, including Abraka, Obiaruku, Igbodo and Boji Boji in Delta State.

In some of the places, the beneficiaries were brought under one roof for a get together, that featured dancing competitions, quiz, riddles and jokes, where prizes were won to commemorate the charitable initiative.

In his goodwill message, Dr Victor Ubani, who hails from Igbodo in Ika North East local government area of Delta State, said the spread across the country was in line with the policy of the non-government organization.

He noted that Christmas period is a season of love and alms giving, emphasizing that the distributions of the food items and the other consumables were part of efforts by the non-governmental organization to put smiles on the faces of others.

Dr Ubani stressed that Azuka and Ify Foundation strongly believe that every child should have opportunity to a good living, hence its attention on those at the orphanages.

The CEO paid glowing tributes to his wife, Dr (Mrs) Joy Ubani for her commitment towards child education, disclosing that many indigent children have been enrolled in the scholarship scheme of the foundation.

Dr Ubani expressed optimism that more people would benefit from the programs of the foundation in 2021, even as he disclosed that its intervention in some communities during the Covid 19 lockdown in Nigeria was widely acknowledged and commended.

He thanked the representatives of the Azuka and Ify Foundation in Nigeria for their commitment to the charity work.

Some beneficiaries who spoke commended the the Azuka and Ify Foundation for the donated items, stressing that the gesture has added value to their Christmas and New Year celebrations.

“This service is just an eye opener that many people are hungry. Do u know the widows prayed and prayed for you and your family and also for us who represented you? They were so happy and started singing and dancing for us. We danced with them too”, said a representative of the foundation.

Azuka and Ify Foundation, a charitable organization based in the United States of America, on Friday March 24, 2017, donated some mattresses and pillows to Comprehensive High School Igbodo, in Ika North East Local Government Area of Delta State.

In their separate remarks at the brief ceremony held at the coppers lodge which accommodates youth corps members posted to the school, Mr. Martins Mordi, the Personal Manager and Mr. Chuks Chukuyem, the Public Relation Officer of Azuka and Ify Foundation, commended Dr. Victor Azuka Ubani, the president of the Foundation, who is always working in line with the mandate of the Foundation that every child should have the opportunity to learn and go to school; hence in order for the corps members posted to the school not to be distracted from performing their duties of teaching the students effectively, donated the items to the school when he learnt that the school was in need of mattresses and pillows for their corps members. They however noted that this was not the first time that Azuka and Ify Foundation have been extending such gesture to the school. The representatives from the Foundation encouraged the corps members and the school authority to ensure that they use the items properly, and advised the corps members that in life, we don't only look after ourselves but always extend such good gestures to people around them when they get into public offices; Noting that the presentation of the items is an opportunity for them, the corps members to understand that life is all about giving.

In the same vein, Deacon Matthew Okwaje, the President General of Igbodo Development Union, stated that Comprehensive High School is a priority point for Igbodo community, “whose sons and daughters are trying to see what they can do to uplift the school in any way they could”.

He recounted how Dr. Victor Azuka Ubani through his foundation donated science equipment to the school in December 2016 and in pursuance to that same zeal, has also responded to the request of assistance from the school by donating three mattresses and three pillows to the youth corpers residing at the school's Corpers  Lodge. 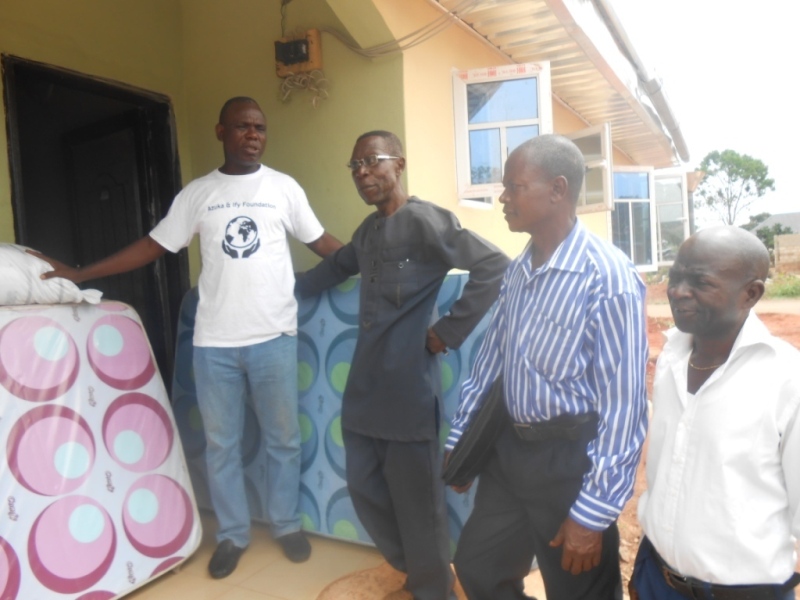 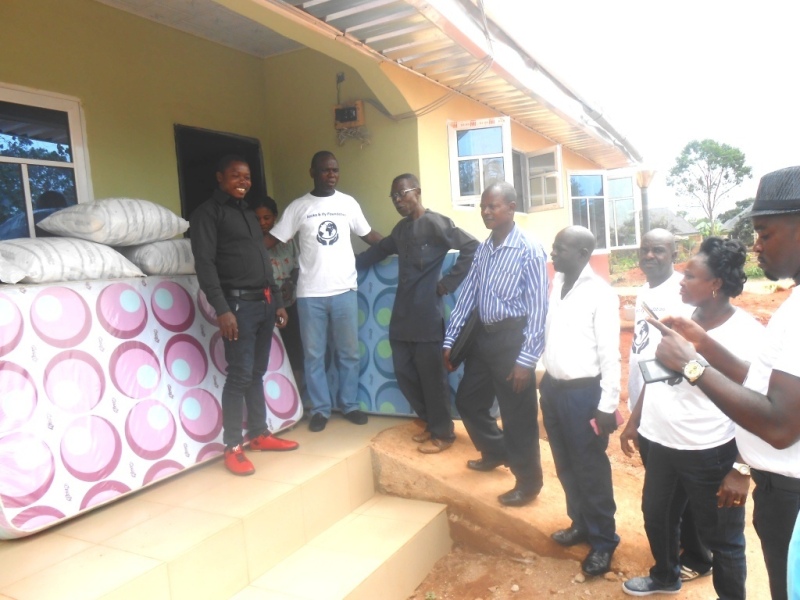 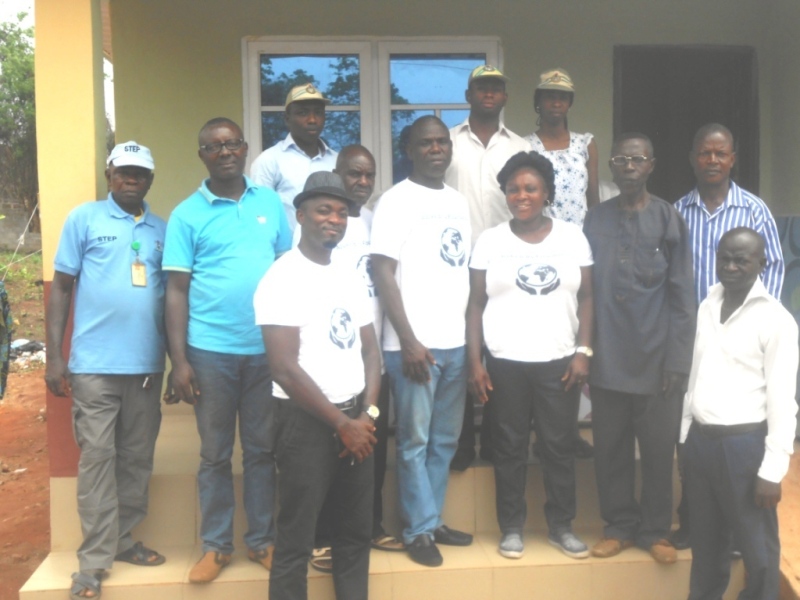